The impact of lockdown, and in particular the reduced rate of transport journeys, has delivered the biggest fall in greenhouse gas emissions ever.

The biggest fall was in transport-related emissions which dropped 19.6% in 2020 and accounted for half of the overall fall from 2019. Emissions from other sectors also s,lowed with the business sector falling by 8.7%. Not surprisingly through home emissions rose slightly, up by 1.8%.

The fall in emissions was most pronounced in the early part of the year, especially the spring.

The figures also don’t include aviation. If this were featured in the fall in emissions would be significantly lower.

The levels of emissions have been monitored since 1999. The largest previous fall was during the 2009 recessions when emission dropped by 8.6%.

The report does conclude though that the largest driver of the long-term fall in UK emissions has been the shift in the power sector away from using coal for electricity generation towards gas and renewables.

It will be fascinating to see how the figures for 2021 compare. 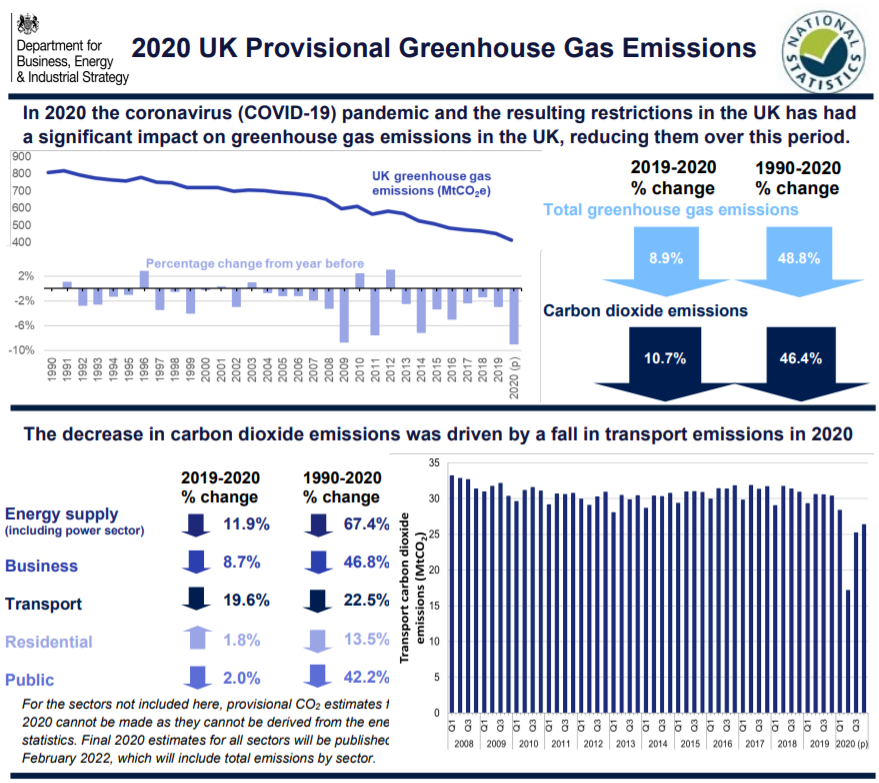