Just over a year ago Stem & Glory, the innovative vegan restaurant which has branches in Cambridge and London was riding high. The business was booming, and plans were afoot for significant expansion to other UK cities. The company had also raised cash on crowdfunding websites to fund its ambitions.

Yet in early last year the arrival of the Covid19 pandemic changed all that.

In an exclusive interview with the Vegan Curious podcast Stem & Glory’s founder Louise Palmer-Masterton talks about how she reacted to the pandemic and the way in which the company has found a way forward. Most importantly how she remains optimistic about the future of the restaurant.

“Last year we had a strategic rollout plan, which was based firmly on new outlets in the kind of cities that we highlighted in the UK,” says Louise.

“We obviously haven’t abandoned the restaurant rollout plan, but what we have got now is a break in normal operations that has allowed us is to develop our online offering, which is something we very much had in mind, but never really had the time to do so. In that regard, this time has been a bit of a blessing.

So what we’re going to roll out from this point on is a sensitive and cautious restaurant rollout, but very much with the online offering. So there’s a synergy between the two things. They’re not really a separate business. They’re the same one and one supports the other. And certainly, the feedback we’re getting from our thousand strong investor community is that this is the right route to follow. It’s really, really nice to be able to send food out to different parts of the country, which don’t have access to our restaurants.”

In the interview, Louise describes how she began to realise quite what impact Covid19 would have on the company. 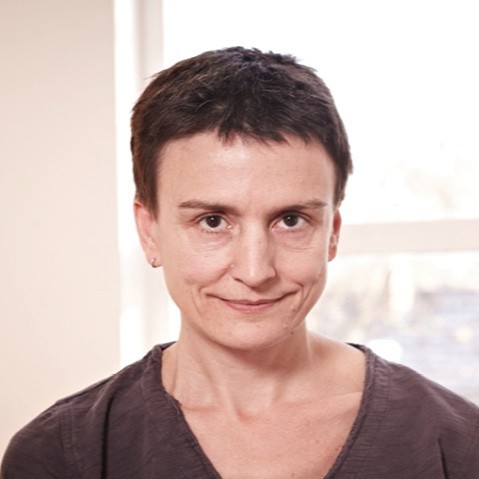 “In the middle of February I was in Amsterdam at the global restaurant investment forum where we’d been invited to pitch for a Dragon’s Den-style thing called Launch Box. So they had five brands pitching for investment. There were people from all over the world, from the restaurant community and lots of investors. And anyway we won the most investable concept.

So I came back from that and I was flying high. But I remember being at the airport all the way back and you could see people were acting differently already. And the writing on the wall, and I came back to London after that, by the time we got to early March, you could see bookings starting to dwindle. So we actually closed before we were told to, because we could just see it happening.

We did actually get quite busy during September, and especially in October and then we closed again in November.”

Yet the pandemic forced Louise to once again look at how the business might move forward and brought about the launch of the company’s now highly successful meal kits. Now the meal kits are an integral part of the company’s strategy.

“I honestly think meal kits are here to stay.  I do think people are going to rush back to restaurants too. What I think, what I hope will happen with us is that people will come back to our restaurants, but people who don’t live in cities, where we have our restaurants will still continue to use our online service as well.

So we’re hoping to just keep the things running side-by-side. We’ve only been running the online store for a few weeks and it’s going a bit mad.”

The company’s approach to investment

Over the years Stem & Glory has managed to raise significant amounts of investment through crowdfunding sites like  Seedrs. Louise believes that vegan entrepreneurs can start restaurants without investment, but they will probably need to resort to pitching for external cash at some point.,

“Our first restaurant managed to open with just under a hundred thousand investment. Now, our London operation was much more massive. You can’t open a restaurant or any kind of size and kind of sophistication without funding.

It’s an expensive business and it’s very, very capital intensive. You could start a small operation, which is what we did at first. You still need an amount of money, but not a massive amount, but if you want to evolve into a full-blown restaurant, then yes, you will need to raise some funds.”

Louise also addressed the issue of lab-grown or cultured meat. She feels optimistic that the innovation will have a profound impact, yet isn’t sure it is right for the clientele of Stem & Glory.

“I think lab-grown meat is what will solve the meat-eating thing, because if you can get a product, which is the same as meat that’s not made from animals, then I think people who won’t eat vegan food because they prefer the taste of meat will start eating it at that point. Hopefully that kind of product will kind of solve that once and for all. And then, I mean, that would make a massive difference in terms of the number of animals that are consumed.

I think you’ll still get people who will refuse to do that and only go for authentic, real meat, but you’re always going to get a few aren’t you?

It certainly doesn’t fit with the Stem & Glory brand because we don’t use fake meat now. But, I’m excited to see the space develop and if it gets people to eat more plant-based food  then it’s got to be a win-win really.”

You can hear the full interview with Louise on the Vegan Curious podcast which will be live later this week.