Can you run a business that focuses on making a difference yet still turns an impressive profit? One company that believes you can is 3 Sided Cube. The Bournemouth-based app maker says its core focus is to produce tech that does good and is a catalyst for positive change. Its roster of clients have included The American Red Cross, Global Forest Watch and the World Resource’s Institue.

It sounds like a great niche, but how does placing purpose at the heart of your business affect the way you operate and who you work with? We asked MD Richard Strachan to explain how his company operates. He also talks about whether he has a checklist to assess the clients that he does or doesn’t work with and how dark and light patterns in apps are helping to change the way that people think 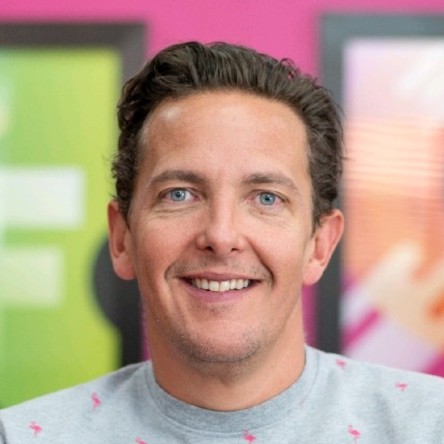 How was 3 Sided Cube created, and what was the original mission? And what have the highlights been so far?

We were originally set up as a web design agency back in 2009. The original mission was just to design and build cool websites based on a passion for the sector, and a belief in the medium

However, we found over time that when we are at our best it was working on projects that had a positive impact on the world. The work we did that made a difference, changing, and sometimes even saving, people’s lives was what motivated us to produce the best work, the work that we were most proud of. So we focused on that.

There have been loads of highlights, including working with great clients, winning prestigious awards and our founder even got a trip to the White House (he has probably mentioned it).

But the highlight is the impact that we have managed to have. Our apps are used by millions of people in 80+ countries and have been translated into 55 languages.

This is mainly down the work we have done with IFRC to deliver First Aid and Disaster preparedness information to people when they need it most.

The work we do with the WRI to help NGOs and communities tackle the issue of deforestation is also hugely rewarding. Knowing that our technology is being used to help protect such a vital resource in the Amazon, Madagascar and across the globe means that we aren’t just impacting millions of lives, but potentially billions.

And what, if anything, makes you different from other digital agencies?

Our mission. We want to change millions of people’s lives for the better, and we do that every day. It’s what drives every part of the agency, from recruitment, through marketing, sales and the delivery of the product in people’s hands.

It’s why we get up every morning, it’s why we obsess over every detail. When you’re changing the world you can’t leave anything to chance.

Do you have a checklist for the clients you work with? And where do the clients come from – what type of organisations are they?

We have one check box. Is this going to change users’ lives for the better? If it is then we want to work on that project.

It is very easy to get lost within the moral maze in the world of “For Good”. But while you are contemplating or deliberating, someone who doesn’t care about that positive impact might be ready to act. My personal mantra,  “Don’t yet the bastards win”, means that you need to act before they do.

There is no one clear path to making the world a better place. But to do it requires action and ‘analysis paralysis’ is one of the biggest roadblocks to that.

You recently ran a survey that showed that the public are looking for digital apps, business and government action to help support sustainable lifestyles? Are they being short-changed? What could make a difference?

I’m not sure shortchanged is the right word. The two most powerful things the public have is 1) their vote, 2) the pound in their pocket. With those they can hold Government and Business to account.

The rise of ESG investment suggests that this is slowly happening. That businesses’ are waking up to the fact that a sustainable business can positively affect their bottom line.

For consumers it’s the same. We need to create an environment where living sustainably isn’t a chore, that’s how it becomes a reality. The good news is that we have won the war on why people need to do it. But getting them to understand how is the next step. That’s where technology, and particularly mobile technology can have the biggest effect. They are the perfect vehicle for changing people’s behaviour.

Can you give me examples of how apps are changing people’s lives and making them more aware of environmental issues?

I think probably the most impactful apps in this sector are the big social networks. Love them or hate them (I’m not a big fan tbh) Facebook, Twitter, Instagram, TikTok have huge power over the way people perceive themselves, and the world around them.

I also think that the rise and influence of mobile gaming is interesting in the space as well.

Games like Alba focus on teaching sustainability and environmentalism through gaming. People spend hours immersed in these applications and it is a great way to teach through osmosis.

Some of the apps you make nudge people into making more ethical lifestyle choices.  A -Do you think this entirely ethical? B – Isn’t it the case that often when people are told what to do they tend to ignore it? How do you get around this?

That’s a really interesting conundrum. We spend a lot of time discussing ethical design and the concepts of dark and light design patterns.

The basic idea is that dark patterns are those employed by designers to get users to behave against their wishes, whereas light patterns present options fairly and allow the user to decide the one they wish to choose without any bias from the designer.

The reality is that everything is much greyer than this simple distinction. Designers generally are trying to elicit a response from a user. So there is almost always some sort of dark pattern in what they are doing. You could argue that any call to action is a dark pattern, but without it a user can easily become confused. Part of design is taking the mental load away from the user.

Also a lot of dark patterns, particularly in digital, come from commerce and marketing. Infinite scroll in social apps is a classic example of a pattern designed to keep users’ attention so that they can be served more ads, generating revenue for the platform.

Gamification is another subtle design technique that can be employed to the same end. Streaks, and profile completion bars etc are all employed to get users to come back to a platform and give their attention or data.

However if these techniques are used to encourage a user to change their behaviour in a positive way, i.e. to drink less, or quit smoking, is that a bad thing?

I don’t think that a dark pattern that makes someone happier and healthier can be seen as unethical? Hard to argue that it’s a bad thing.

Anyone that has kids knows that just telling someone what to do rarely has a long term effect on someone’s behaviour.

Negative reinforcement can be effective, but to make it work long term takes a lot of effort, and a lot of overhead. It means that you constantly have to keep telling someone something that they don’t want to hear.

In the world of technology it is very easy for a user to choose not to install the app, or receive the notification.

So you need to work on a way of reinforcing positively instead. Reward the good behaviour by offering the person value, that is the key. To keep them wanting to come back. Financial rewards can work well, but don’t always work long term as the perceived value can degrade over time. Nudge techniques like social proof and gamification are perfect for this. They are inexpensive, and done right, can give the user a real sense of progression and value.

Is there not an issue with the scalability of ethical apps? They can get so big, but often don’t have the marketing push to make them go truly global?

Possibly. But this is why we work with large global brands that have the capital already. A 3 Sided Cube app will do ok, a WWF app that we have built has the size and scale to have real impact.

That said new brands are always emerging. If you can give real value to the users, then you will be able to get to the scale through word of mouth and influencer marketing. But it has to be right. And it has to provide value.

How does 3 Sided Cube operate? What makes you ethical? Do you have B Corp status?

We don’t currently have BCorp status, although do review it all the time. For me it’s a case of ROI. Will it encourage us to change our behaviour?

We are already committed to the planet and our people through the work we do, and because we believe that building a sustainable business is the right thing to do. Not just morally, but economically.

Whilst there are other reasons to become a B Corp business, we haven’t felt the need to have a stamp to allow us to win business. Our work, and the quality of the team speak for themselves.

That said, as we grow it may be that having the rigour of a consistent review of our policies and structure is helpful to keep that ethos at scale.