Israeli food tech company, Redefine Meat is promising a European debut for its 3D printed meat later this year. It says that launches in the US and the far east will follow soon after.

The news comes on the back of an announcement by the startup that it has secured US$29 million in its Series A financing. Among the investors are Hong-Kong-based Happiness Capital, the venture capital arm of the Asian food giant Lee Kum Kee Group, and Hanaco Ventures. Alternative London-based protein investor CPT Capital also invested alongside Losa Group, Sake Bosch and K3 Ventures.

The cash will be spent on finishing the company’s large-scale production facility housing its 3D Alt-Meat printers, which will enable the company to scale and deliver the international launch. The company hasn’t said in what form the launch will be whether it will be featured in restaurants, or sold direct to consumers.

Redefine Meat, which debuted a prototype of animal-free steaks last year, says that the 3D print models aims to replicate the taste and texture of meat more closely than other methods.

While other processes offer a uniform product Redefine Meat claims that 3D printing uniquely enables the production of exact geometries that can duplicate the muscle and fat structures found in cuts of meat intrinsic to the pleasurable sensations of meat-eating. 3D printing also offers the flexibility to print different shapes, sizes, or combinations of “fat” and “muscle” without retooling or resetting the machines. The meat is fully vegan and is built from plant-based proteins.

The company has acknowledged the breadth and experience of the investors as being a huge thumbs up for its approach. It is not the only company experimenting with 3d printed meat analogues, there is also Novameat in Spain and fellow Israelis Meat-Tech 3D, yet the size of the round could position the company as the world leader in the space. 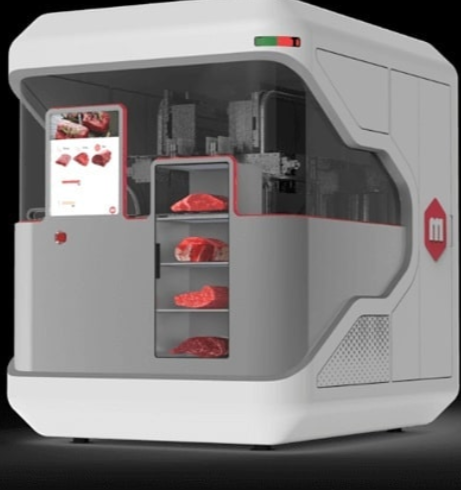 “We are thrilled to have concluded this round of funding with such a unique and diverse group of highly experienced, professional investors who share our vision,” said Eshchar Ben-Shitrit, CEO and co-founder of Redefine Meat.

“We want to change the belief that delicious meat can only come from animals, and we have all the building blocks in place to make this a reality: high-quality meat products, strategic partnerships with stakeholders across the world, a large-scale pilot line under construction, and the first-ever industrial 3D Alt-Meat printers set to be deployed within meat distributors later this year,” added Ben-Shitrit.

Eric Ng, CEO of Happiness Capital described the Israeli firm’s “disruptive technology” as a “unique solution that appeals to meat-eaters with tasty and sustainable food. With technology that is ready for production, and strong strategic partners, Redefine Meat is poised to deliver high-quality meat alternatives that can make a meaningful impact on global meat consumption,” Ng continued.

Pasha Romanovski, founding partner of Hanaco Ventures, pointed to the company’s demonstrable growth over the past year despite the challenges brought about by the coronavirus pandemic.

“The speed at which the company has progressed has been incredible…Our investment in Redefine Meat gives us first-hand access to amazing state-of-the-art meat dishes that will have a profound impact on meat-eating and the environment,” said Romanovski.