The UK’s leading vegan culture podcast is back for a third series. Vegan Curious is a non-judgemental podcast aimed at people who are interested in adopting a vegan lifestyle. It also takes a microscope to vegan culture examining how veganism is shaping every area of our lives from politics to the arts.

In the new episode of Vegan Curious Sara and Ashley discuss a Veganuary like no other. Including..

* Lots of tips for getting through Veganuary 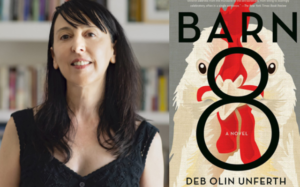 This episode also features a  Vegan book special including an extended interview with Deb Olin Unferth, author of a brilliant new novel, Barn 8, that takes in animal rights issues, social activism, veganism and how super chickens might outlive humans.

Among the products featured in the podcast are

Photo by Sean Hayes from Pexels