Harvst is a new-ish green-tech company which has just launched a range of smart, self-watering, climate controlled mini greenhouses. The idea being that you can keep tabs on your greenhouse as well as automating a few of the more boring jobs via a mobile app.

Rik Sellwood and Chris Tanner, who are based in Cardigan Wales, told Business Live “Whilst many of us locally have the benefits of access to a garden or other land, we wanted to create an easier way of growing for those with limited space and time. The Harvst systems help people grow more.”

The package consists of a cold frame, Harvst automation kit, mains power supply or solar panel and the tools to assemble the package. The owner then hooks the system up to their home Wi-fi. It is powered either by using a 240v cable or solar panel.

The system monitors the environmental condition inside the greenhouse sending updates to a phone or computer. The clever part of is the control system which can automate a number of tasks including starting water spray, opening the roof if the greenhouse is too hot and turning lights on and off. The app is intelligent too prompting users to take appropriate actions to ensure their crops are cared for in an optimum way.

The system comes in three options – Yard and The Terrace are both priced at £680, are now on sale, with The Garden, which will launch in March, costs £850. 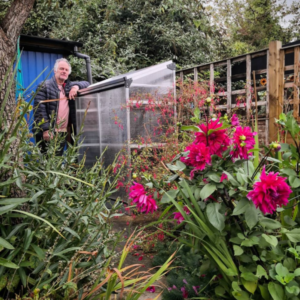