US-based scientists have unveiled a new solar-powered water purification system inspired by of all things the pufferfish.

The device’s co-inventor, Rodney Priestley, the Pomeroy and Betty Perry Smith Professor of Chemical and Biological Engineering, and Princeton’s vice dean for innovation, noted how the pufferfish takes in water to swell its body when threatened, and then releases water when danger passes. He then wondered if a similar technique could be harnessed to provide safe clean off-grid water

Along with his team, Priestley invented what looks like a large sponge that soaks up water but leaves contaminants—like lead, oil and pathogens—behind.

To collect the purified water from the sponge, the user places it in sunlight.

It is the latest of a series of innovations that aim to deliver clean, safe drinking waters to communities which might not have access to regular power. Others include Desolenator, an Anglo-Dutch startup that recently scored a significant deal with brewing company Carlsberg.

“To me, the most exciting thing about this work is it can operate completely off-grid, at both large and small scales,” Priestley said. “It could also work in the developed world at sites where low-cost, non-powered water purification is needed.”

Co-inventor, Xiaohui Xu, (Princeton Presidential Postdoctoral Research Fellow in the Department of Chemical and Biological Engineering) who helped develop the gel material at the heart of the device added  “Sunlight is free, and the materials to make this device are low-cost and non-toxic, so this is a cost-effective and environmentally friendly way to generate pure water.” 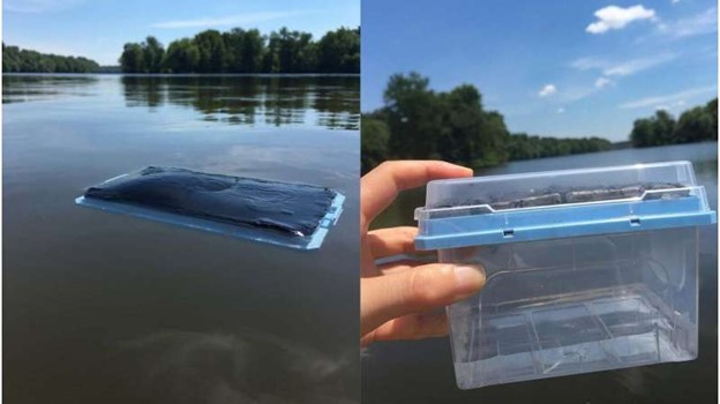 The team showed that the gel maintains its ability to filter water for at least ten cycles of soaking and discharge with no detectable reduction in performance. The results suggest that the gel can be used repeatedly.

The team claims that the device filters water much more quickly than existing methods of passive solar-powered water purification methods. Most other solar-powered approaches apparently use sunlight to evaporate water, which takes much longer than absorption and release by the new gel.

The team is exploring ways to make the technology widely available with the help of Princeton Innovation, which supports University researchers in the translation of discoveries into technologies.