“Veganism is a solution to many of the problems that the Conservative Party in government actually face. And so therefore, we think it’s a natural fit.”

It is perhaps a sign of how mainstream that veganism is becoming that people within groups that traditionally wouldn’t have embraced it as a philosophy are now beginning to see a post meat and dairy society as crucial to the future of the planet.

There are, for example, sections of the investor community that are hugely excited about the potential of cultured, lab processed meat, which they claim will disrupt an extremely inefficient and environmentally unfriendly meat industry.

More recently politicians from the British Conservative party have been making noises about the potential of plant based diets to improve the health of the nation’s citizens as well as slow down climate change.

Boris Johnson reportedly experimented with a vegan diet back in 2019, though more recently he described it as a ‘crime against cheese lovers.’

Now though there is a new group within the Conservatives that has been set up to promote veganism in both the party and the government.

Vegan Conservatives aim is to ‘promote veganism for the benefit of human health, animal welfare and the environment within the Conservative party.’

The group enjoyed a high profile start too with a collection of Tory MPs signing up to do Veganuary. So might plant-based food be one of the economic success stories that invigorates post-Brexit Britain? Will the attendees of future Tory Party conferences be munching on tempeh based bacon sandwiches?

We spoke to the group’s spokesperson Andrew Boff, who is also Chair of the London Assembly Planning Committee  to find out more. 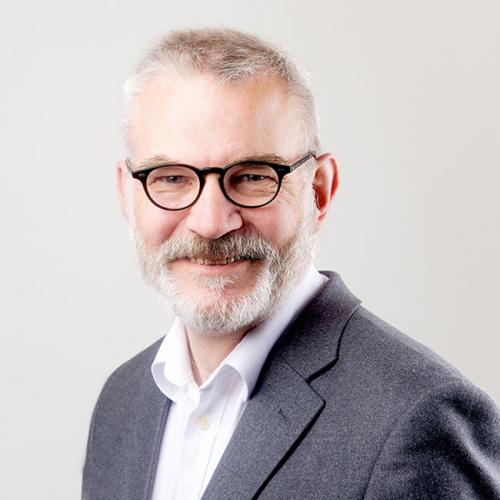 Not many people would associate the Conservative Party with being a bastion of veganism. Why have you started this project now and what are your aims?

We felt that veganism itself had been kind of one of those issues that had been captured by the left of the political spectrum. In reality you can be Conservative and a vegan and there’s no problem with that. So the new group is open to anyone who is a member of the Conservative Party from MPs to normal party members.

We’ve got a lot of expertise in the group from people who’ve campaigned on things like animal welfare and health and land use and climate change for many years. I’m rather humbled by the breadth of experience that they have. We are a small group at the moment because we’ve just started, but already we’re getting to the point of being a little bit overwhelmed by the interest from Conservatives who have been vegan for years and always felt like they were slightly outside.

So is this a case of people who have always held these views finally thinking that now is the right time to seek others and to see if they can influence the direction of the party’s policy?

It is coming out of the closet and it’s saying veganism is perfectly all right. In fact, if anything, veganism is a solution to the many of the problems that the Conservative Party in government actually face. And so therefore, we think it’s a natural fit.

You don’t even have to be vegan. You can either decide to make enemies or make friends. And I much prefer the idea that we have a broad base for people who are interested in veganism.

Adopting a vegan diet is a solution to a lot of problems and we want lots of people to come with us on that journey.

I wonder what kind of reaction you’ve had more broadly from the party? The Daily Telegraph recently ran a story by a farmer called Jamie Blackett with the headline ‘The Tories new vegan caucus puts pandering to a trendy cause before good sense on diet.’ So, are you reaching out to those kinds of critics and engaging with them in debate? And what kind of reaction are you getting?

Anybody who tries to maintain that you can’t have a healthy diet without meat products is just quite frankly talking out of their hat, they really haven’t looked at the data.

But you’ve got to be sympathetic to people who have these reactions. Not just Conservatives. I have some very good friends in other parties who think that the vegan diet is beyond the pale. They think it is outrageous and you just have to explain to them, and why it is what is this choice in our lives, why it is better for us.

I’ve had all sorts of emails telling me I’m some kind of Communist or something. Fair enough. But I’ve also had an enormous amount of people saying ‘oh my goodness it’s about time we spoke up about the fact that this is a good choice for not just the Conservative Party, but for humanity in our country.’

One of the interesting questions for me is around Brexit. Whatever happens we are out of the EU, and I wonder what opportunities that might create for veganism and vegan businesses? On your website you talk about Britain potentially leading the world in the creation of vegan businesses and that have a higher percentage of veganism than any other country in Europe and probably any kind of western country. So, are there opportunities that Brexit will deliver?

I hope we can dump in the skipper of history the division that took place over that decision. Now it has been made and we now have a trade relationship and have our own sovereignty, we can decide how we are going to move forward.

And with those new powers that we have we can lead the way. Already within a few days of the Brexit deal being announced we’ve got an announcement of the banning of pulse fishing (where electric pulses shock fish out of the seam bed). I want to see more and more of those initiatives coming forward which look towards animal welfare and that look towards moving away from the dependency on factory farmed meat that we have in our economy. We have that ability to do that now as it’s far easier to persuade the MPs in Westminster, than it is to persuade the European Commission,

What about the negative side of deals – like for example the US and and chlorinated chicken?

Those debates won’t go away, and we have to fight each one as they come up. It can’t come at a better time for Vegan Conservatives to set up so that we can have that direct link and voice within the Conservative Party and the government about about the mistake it would be for us to lower standards in terms of animal welfare when it comes to any future trade deals with the US or anywhere else for that matter. If you want to deal with the United Kingdom, you have to accept higher standards of animal welfare and higher standards of food production, then you would if you were selling anywhere else. I believe that will work and I believe that pretty soon other countries will realise that we’ve chosen the right path.

Is there a view among Vegan Conservatives about lab processed meats? Vegans have very differing views on that some topic. Some won’t touch it, others argue that it would significantly reduce animal suffering, even though they might not particularly choose to eat lab processed meat themselves. The EU has been criticised by Mosa Meat (one of the leading cultured meat companies who are based in The Netherlands) for being too slow to regulate the emerging industry? Is there a chance for the UK now to become a world leader in lab meat?

The real core issue here is not about whether or not you should or shouldn’t eat cultured meat because you know as a Conservative I think that people should reach their own decisions about their own lives and decide what they want to do. It’s whether or not the development of things like that process reduces animal suffering. And for me it does. As to whether or not I choose to eat it. That’s a personal decision. I possibly would. I’d have to think about that but we must leave this down to the individual.

I think sometimes that vegans are misunderstood. The jokes about vegans, that you know if somebody isn’t vegan within 10 seconds of meeting them because they volunteer the information. That they are always telling people what to do. I think we’ve got to get away from that.

As Conservatives we believe in people having choice. But those choices should always be environmentally friendly, safe labelled and ones that they can freely enter into it. It’s not good enough for us to go around lecturing our friends and families about how awful their diet is, it’s our job to actually say to them ‘look, I’m on a vegan diet, and I’m probably healthier than you are.’ That’s always quite persuasive. Yeah, it’s up to individuals. Okay, but the lecturing doesn’t make us any friends.

One last question is are you looking to work with other groups? There’s a group of Labour MPs who are vegans and vegetarians, then there’s The Vegan Society, Viva and on the activist side Animal Rebellion. Are you looking to sort of make overtures to those groups or find some common cause or are these discussions happening already?

We’re in the early stages but we will enthusiastically embrace taking on common causes and sharing information with other groups. I will always be a Conservative and people in other parties will always be in their parties but I am sure we will find common ground.

Everybody has their own personal journey to being a vegan. Mine’s been off and on. Some people have been vegan for their entire lives. Other people are considering a vegan diet and may be cutting out things like milk and dairy products from their diet but may still be eating some meat products. Everybody’s journey is different, but what we’ve got to do is ensure that we build a broad enough constituency to be able to push these aims forward. And the formation of the Vegan Conservatives is a very important part of that jigsaw puzzle.

Photo by Dominika Gregušová from Pexels