“In terms of raising money or getting investors in, we’re gonna look very, very hard at who we partner with. The good thing about the plant-based space is it seems to be very anti-fragile, which means that it actually grows robustness from people making mistakes. We all learn from them.

So, from these sorts of learnings, and you know we’ve had our own, you begin to build these guardrails up which strengthens the whole company and helps you to move in the right direction.”

In spite of all the challenges, 2020 was a good year for Minor Figures. The London based coffee/oat milk brand not only developed new products but has seen sales soar off the back of the ever-growing popularity of alt milks.

It inked deals with new high profile outlets like Morrisons while enjoying a surge in brand recognition through its quirky bus shelter ads.

Things have certainly moved quickly for the company. Founder and CEO Stuart Forsyth took time out from his schedule to talk to the Vegan Curious podcast. You can hear the full interview when the episode goes live shortly.

For now though here are excerpts from the interview which detail Minor Figure’s international expansion plans and the issues it faces in ensuring that as it grows it takes its original supporters with it.

So is Minor Figures still a coffee company, or are you now more of an oat milk brand?

When I arrived in London five years ago you couldn’t get a flat white anywhere. Now they are selling them in Greggs! London has come a long way into being a preeminent coffee city, and we are part of that.

We still really are a coffee company. My background has always been in and around coffee. As a cafe owner, as a barista, as a roaster I have worked across the spectrum of the cafe and coffee channel.

We started Minor Figures to create a really nice iced coffee. That was the original plan. In the background, we were working on oat milk to go into it because we didn’t want to use dairy. Now traditional plant milks don’t work very well in coffee, as soon as we got the right oat milk recipe it was all green lights for us.

So we developed the oat milk in the background, specifically for our ready to drink cans to mix with our own coffee. And we released the one litre package almost as an afterthought. And then the plant-based space and the vegan space began to explode. I think the timing was just super fortunate.

So how have you handled the growth of the products? Do you work from your own factory or are you outsourcing now?

Well, there’s a couple of parts. We have our own Minor Figures factory where we handle a lot of the coffee. But the milk outgrew our own production, so we outsource.

We’re in three countries. We have an office in America in LA. We’ve got an office here in London and an office in Melbourne. We produce the oat milk here in the UK, and we ship it to the states currently but we will look to make it there.

Making oat milk at home is a fairly simple process. I guess that once you industrialise it that process gets a lot more complex?

Yes that’s right. Essentially you get the oats, you mill it into flour, you hydrolyse it with enzymes and turn the starches into sugar and effectively make a syrup. From that syrup, you can then make the milk.

And are you considering looking at other alt milks?

Minor Figures oat milk is first and foremost in coffee, so the product has to work in coffee. We believe we have the best product to put into a cup that gives you the cleanest coffee flavour, the most fidelity of your coffee and the clearest expression of the natural characteristics of your espresso. That’s how we define the best milk to blend into your coffee. That’s what Minor Figures does.

So, it’s very hard to go into other milks and other ingredients because they just don’t work as well. At present oat works very well, and all of our products are barista products. That’s the other part about Minor Figures being a coffee company, we don’t make anything that’s not barista standard. So we have a regular, we have an organic and then we’ve just launched a semi version.

Have you noticed any demographic changes in who buys your oat milk?

I think we appeal to tonnes of different people. The idea of plant-based products has expanded beyond the sort of tight-knit vegan community, which is such a positive step for animals, for health and for the planet.

I think the demographics are expanding all the time with who’s interested in who’s trying and who likes it. Our brand identity skews very young. So digitally engaged millennials. In terms of our social media following skews more female. And it depends region to region, because we’re actually at different speeds in different markets.

I would suggest that our products are very tongue in cheek, it’s slick but it’s quite fun. It’s very anti-corporate, it’s kind of anti-authoritarian, it’s a lot of nice things and again with quality being so high. So the sky’s the limit for who would enjoy it.

One of the big issues for plant-based food brands is how to expand without losing their original supporters. And that might mean turning down opportunities because the people involved, or the money that is offered, is not from ethical sources? Is this something you wrestle with?

That’s such a good and important question, particularly in this day and age. Businesses have become very open, things you wouldn’t talk about or you wouldn’t touch, or you wouldn’t allow people to know are in the public domain. Consumers are very interested in ethics and how the business operates and are very knowledgeable about these things too. So I have to be very open.

In terms of specifically raising money or getting investors in. We’re gonna look very very hard at who we partner with. The good thing about the plant-based space is it seems to be very anti-fragile, which means that it actually grows robustness from people making mistakes. We all learn from them.

So, from these sorts of learnings, and you know we’ve had our own, you begin to build these guardrails up which strengthens a whole company and helps you to move in the right direction.

So, it’s a perennial question. I don’t think Minor Figures has worked out the end game really, but Ideally, we’d like to stay independent. That would be really important.A lot of brands in food and drink are always racing, burning the house down to grow in order to be bought by another company. I don’t think that that’s for us. We want to grow sustainably, we want to grow ethically and just see where this sort of journey takes us. 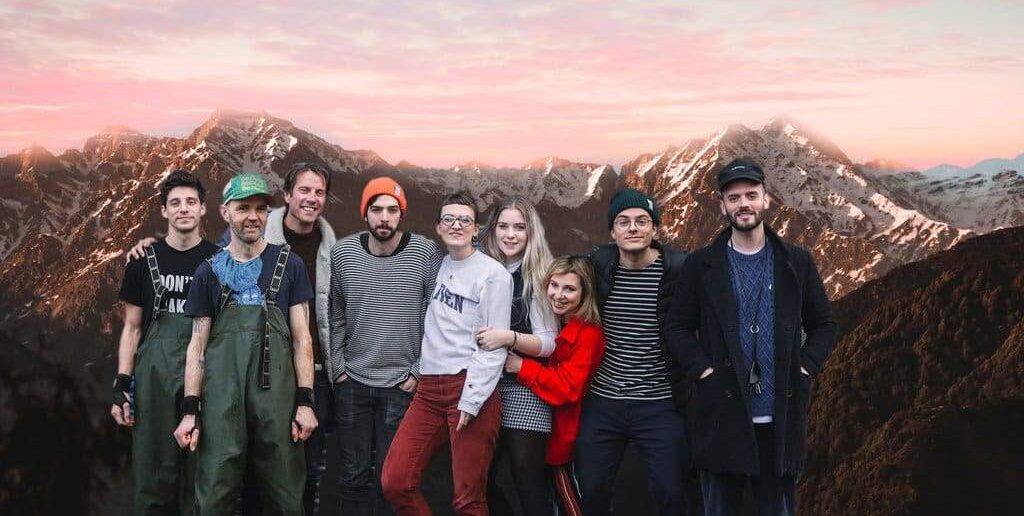 Minor Figures is really unique in that we’re really authentic. And that authenticity is something that everyone who works for us, and in the business responds to positively.

And one of the things that determines what’s happening next is that we just want to stay really creative. So yes there are new product launches coming out, and we may be looking to get into different areas in the future. From an identity point of view I would suggest that once we get back to getting outside, once it’s socially, politically permissible to hug each other again, we’ll probably do a lot of fun stuff. It’s all a bit backed up at the moment. We’re like a coiled spring ready to launch.

featured
Share. Twitter Facebook Pinterest LinkedIn Tumblr Email
Previous ArticleResearch finds that younger Americans are turning their back on meat with more than half identifying as flexitarians
Next Article BlueNalu says its lab-processed fish could be on a plate in US restaurants later in 2021