On June 28, 2020, Anne Hidalgo was reelected as mayor of Paris with just over 50% of the vote. Her first election back in 2014 signaled a new chapter for the French capital, as she became the first woman to ever hold the title of Mayor of Paris and had clear goals to put Paris on the map as a leader in environmental reform.

If Anne Hidalgo had not been reelected, she would have left an impressive legacy for her successor to build upon. In 2016 she implemented “Paris Breathes”, which banned motor vehicles from driving in certain areas of the capital on the first Sunday of each month. In addition to the ban, electric buses, vehicles and Vélib’s (city bike sharing) were made free of charge on the same day. In late October of 2018, the ban was extended to include the city centre of Paris. Under Hidalgo, Paris became one of the first C40 cities to boast a bike-sharing scheme.

The first term obviously wasn’t all plain sailing: Hidalgo acquired her fair share of critics and witnessed project failures despite good intentions. Starting her second term as mayor of Paris in the midst of a global health crisis, and with the city to host the 2024 Olympics, is sure to provide a fresh set of challenges. Let’s take a look at Anne Hidalgo’s plans for the coming six years.

Diesel cars to be completely outlawed

Paris is still one of the most polluted cities in the world, according to a 2016 study by the World Health Organisation, which cited air pollution as responsible for 48,000 deaths in France per year.

Hidalgo first spoke of the diesel car ban in 2017 and her latest manifesto promises “no more diesel vehicles on the road in Paris by 2024.” Car owners will be offered up to €6,000 as an incentive to swap their diesel cars for cleaner models.

30km/h speed limit throughout the city

This involves reducing the speed limit throughout Paris city centre from 50km to 30km/h, with just a handful of busy routes exempt, to bring down both air and noise pollution.

The périphérique (motorway) to be transformed

The current speed limit on the périphérique is 70km/h, a decrease from 80km/h in 2014, which Hidalgo and her ally David Belliard of the Green Party want to lower once again – this time to 50 km/h.

There are also plans to introduce an additional lane for public transport and car-pooling initiatives. Yet again, an ambitious goal that seeks to transform the péripherique into more of an “urban boulevard”, reducing the number of traffic lanes to make more space for nature, pedestrians and bikes.

If we’re pointing fingers when it comes to air quality, the périphérique creates major air pollution problems that has a big impact on residents who live close by or next to it. In 2019 the French state lost a case that was brought by two women, residents of the Saint-Ouen suburb, who argued that poor air quality had led to them experiencing health issues. 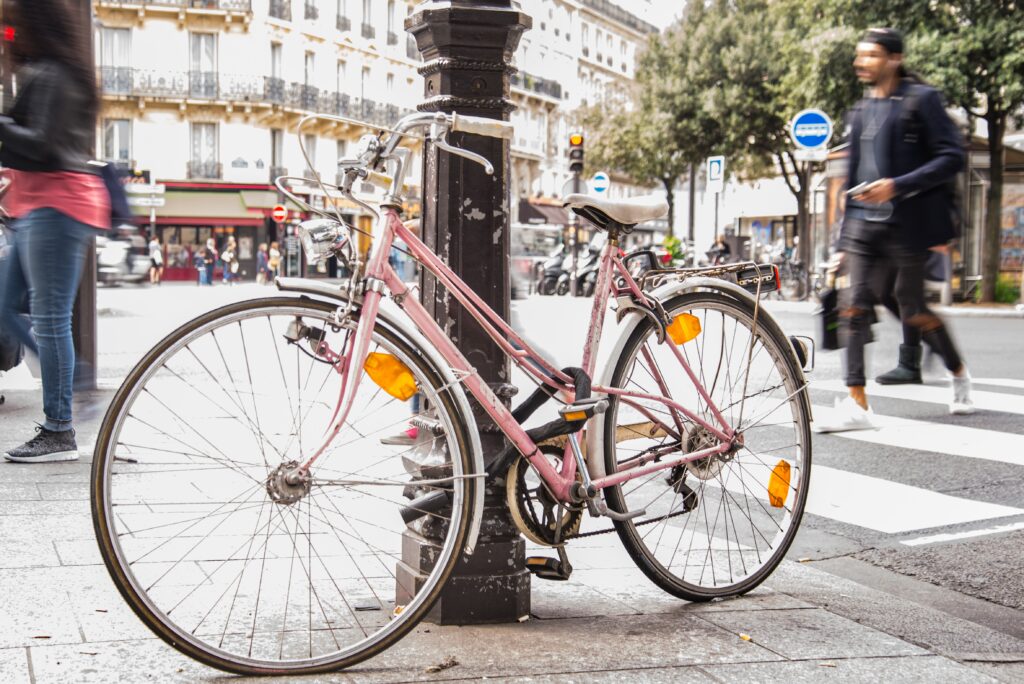 Reduced parking spaces (by up to 50%)

Finding a parking space in Paris will probably take you longer than the journey itself, but Paris car owners are about to have an even bigger challenge as parking spaces are set to be drastically cut, to make more room for pedestrians and bike storage. “Half of the parking spaces will be transformed in five years, in particular to enlarge the pavements,” the manifesto states.

Hidalgo has always had a long-term vision to change Paris into a cyclist friendly city with the aim of permanently reducing air pollution levels. Having already implemented the “Paris Breathes” initiative, Hidalgo’s next step is to ban cars from the banks of the river Seine, expand cycle paths throughout the city and pedestrianise the main shopping avenue popular with tourists, the Champs-Elysées.

Coming out of lockdown in Paris in mid-May, cyclists were happy to discover new and extended cycle routes, initially temporary but now to be made permanent, in an attempt to curb crowds on the metro, trams and buses.

(Unfortunately only available in French for now, here is a full look at her programme).