This week we have seen Premiership footballers take the knee in support of the Black Lives Matter movement and Man United striker Marcus Rashford successfully push for a government U Turn on an extension to the free school meal vouchers scheme. These interventions prove once again that sport stars can help bring about social and political change.

And one person who is a champion of environmental issues is current F1 World Champion Lewis Hamilton. He has certainly had an impact on his sport. This week the FIA which both governs Formula 1 and is a membership organisation for motor clubs, like the RAC and the AA, has been running  a virtual conference where on the agenda is not just the return of motor sport but also sustainability, innovation and the UN Global Goals issues too. 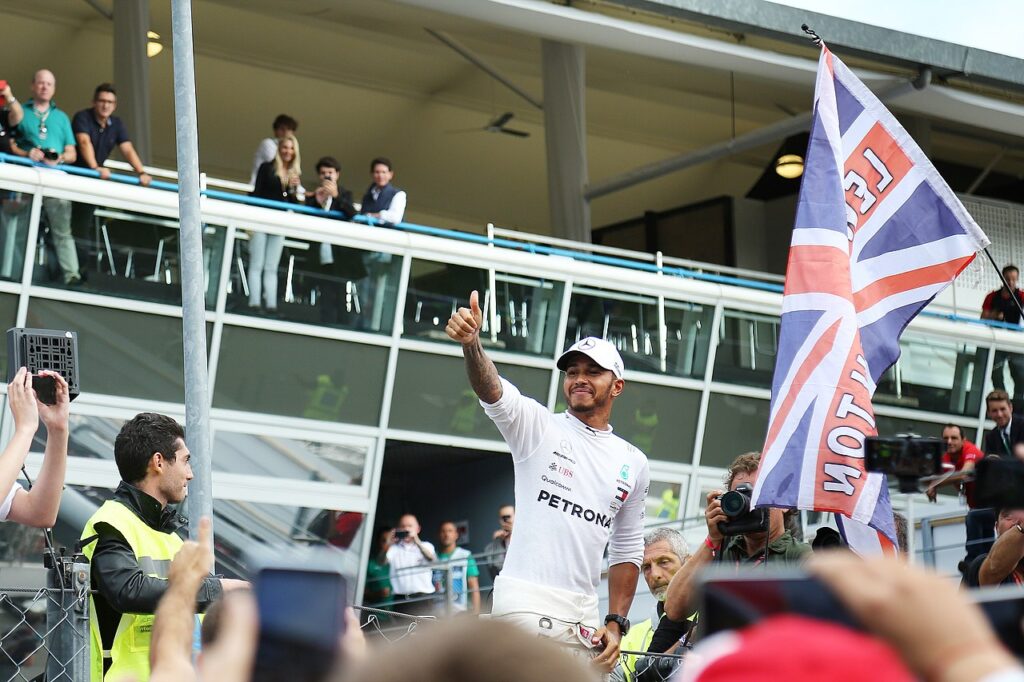 Outside of his sport Hamilton is developing a reputation as something of a social change catalyst. He is a key investor in Neat Burgers, a vegan fast food restaurant chain with aspirations to be the planet based equivalent of McDonald’s and Hamilton has also taken on the car industry bemoaning their use of animal products in the interior of cars.

His pleas have been heeded too, for Hamilton’s team, Mercedes Benz, is apparently incorporating environmentally-friendly materials throughout its vehicles.

And now The New York Times reports that luxury automotive brands are answering consumer demands, some of which have been clearly been sparked by Hamilton’s interventions, for animal-friendly, sustainable materials and options. Manufacturers have begun experimenting with grape skin vegan leather, which is made from recycled plastic bottle suede, as well as flax-based dashboards to make vehicle interiors lighter and greener.

There has also been innovation with new materials including a suede-like fabric called Dinamica which is made from recycled plastic bottles and clothing fibers used as seat covers, and Karuun a compressed timber product made from sustainably harvested rattan which is used on floors and dashboard trim.

“Bentley has experimented with Vegea (pictured above), a vegan leather made from grape skins, seeds, and stalks. And the automaker has trimmed dashboards in veneers from lumber felled 5,300 years ago and preserved in bogs as a replacement for cutting down live trees,” reports the publication.

Other companies referenced by The New York Times include Volvo’s new electric performance brand Polestar which has incorporated carpets made from recycled fishing nets and has installed a flax-based composite from the Swiss supplier Bcomp replacing plastic in its dashboards and center consoles. The company has created seat inserts made from cork-based vinyl, in patterns inspired not by the tannery but by technical fabrics for camping and adventure gear.

“We have traditional suppliers that are shifting toward sustainable materials because they’ve understood that there is a big trend in our industry toward that,” Max Missoni, Polestar’s head of design said to the NY Times.